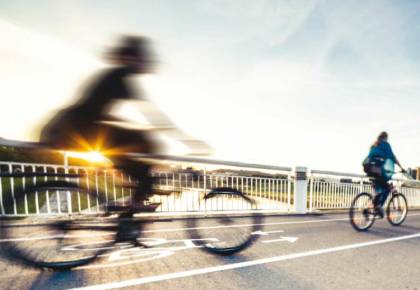 DELOITTE PREDICTS THAT OVER 130 MILLION E-BIKES WILL BE SOLD GLOBALLY BETWEEN 2020 AND 2023;

Electricity will put the wheels on cycling, with 130 million e-bikes set to be sold in the next three years
Deloitte predicts that the proportion of people who cycle to work will grow by one percentage-point over the next three years, equating to tens of billions of additional bicycle rides per year.

The growth in bike-riding is supported by the launch of e-bikes, as well as a diverse array of technological innovations. Deloitte predicts that between 2020 and 2023, more than 130 million e-bikes will be sold globally. This is more than six-times the number of electric vehicles that are forecast to be sold in the entirety of the next decade.*

Paul Lee, global head of technology, media and telecommunications research at Deloitte, said: “The first patent for electrifying a bike was filed in the nineteenth century, however 2020 will be the year that e-bikes pick up pace. Improvements in lithium ion battery technology, pricing, and power has led to a significant surge in interest globally. The number of e-bikes on the roads will easily outpace other e-vehicles by the end of next year.”

Deloitte’s research highlights technology’s pedal-power in bringing cycling to the mass market, which in turn will help cities manage the strain of urbanisation. Currently only around five percent of journeys in London are taken by bike.

E-bikes make cycling less of a physical effort, opening it up to many who might have hesitated before. Meanwhile, technology innovations including predictive analytics, wireless connectivity, digital urban planning tools and 3D-printed parts will launch with the aim of making cycling safer, faster, more convenient, and easier to track and measure.

Lee added: “Over the next 12-months, cycling should shift from being a competitive hobby enjoyed by active individuals, to a simple way for a wide range of people to get from place to place. This will play a significant role in easing congestion, while improving air quality and public health.” 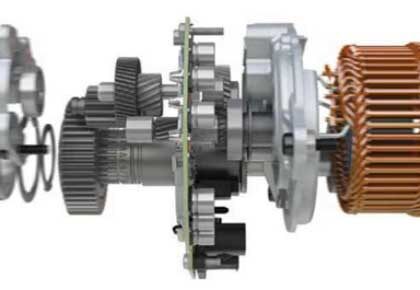 AND YET IT DOES MOVE … HERE IS HOW

The electric motor is the heart of every eBike pumping watts of power instead of us pedaling. Here are some of the best performing products on the market. EMTBs are enormously successful products, especially the more efficient variations. This is mainly due to the performance and power of the electric motor. The competition for the […] 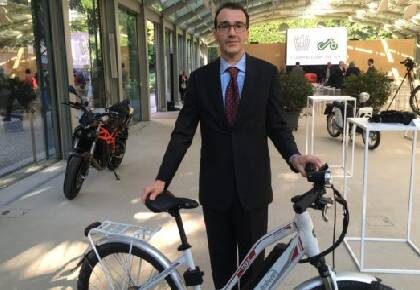 SIX QUESTIONS FOR GARY FABRIS ABOUT THE INDUSTRY AND FIVE

FIVE, the largest Italian electric bicycle factory, is continuing its expansion plan following a period of development, a point to which the market is proving as equally receptive. Read this interview with Gary Fabris. Fabbrica Italiana Veicoli Elettrici was born starting from a simple and winning intuition: to build a plant 10 times larger than […] 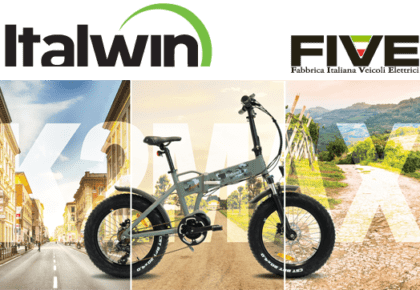 A few weeks after its launch on the market in May 2020, K2 MAX seemed to win over many Italians as the entire annual availability was sold. With easy climbing and enjoyable riding, K2 MAX is the first 20” folding FAT bike with a powerful FIVE F90 central motor. Italwin K2 MAX is part of […]